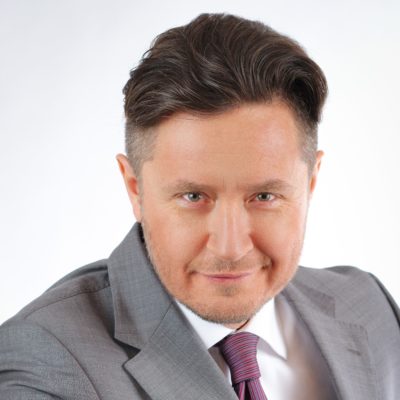 Kirill Kaem, whose family have been doctors for no fewer than seven generations, graduated from the Kirov State Medical Academy in Nizhny Novgorod in 1992. Five years later he graduated with distinction from the economics department at the Lobachevsky State University, after successfully completing his studies in Russia and the USA on an MBA program run jointly with Taylor University. He has over 20 years’ experience in senior management roles, including 15 years as a CEO at the corporation’s various international branches. He specializes in launching start-ups in new regions and countries, and new business areas at major firms. From 1992 to 1994 he owned his own business, distributing medical equipment and pharmaceuticals. In 1995 Kirill Kaem set up a network of regional outlets for the Swedish company Oriflame in the Volga Region, which helped it become one of the region’s biggest tax-payers. In the year 2000 he began working in Germany, in the central office of the company Varta. After Varta’s merger with the American group Spectrum Brands, he spent eight years in overall charge of the company’s operations in Russia. In 2008 he relaunched the German and American holding JAFRA International in Russia, improving profit margins by 40%. In 2009 he took control of the Russian holding Hygiene Kinetics, the biggest manufacturer in the market for domestic paper and cellulose products. Within two years the company’s sales growth was several times higher than average growth in the sector, thanks to the introduction of new technologies. From 2011 to 2013 he headed up a new area of business at ‘Alpha Group’ – the biggest federal chain of clinics, ‘Alpha Health Centre’, where in the space of a year he managed to double revenue, whilst the chain itself saw profits rise by over a third. From 2013 onwards he has been a member of the Board of Directors and a co-founder of the international medical centre ‘Medcluster’, set up at the initiative of Sberbank in partnership with Strategy Group Partners, with Johns Hopkins Medicine International as a potential partner. From 2013-2017 he was director of the Skolkovo Foundation’s biomed cluster.